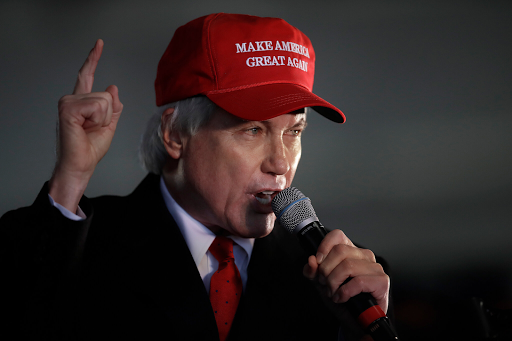 Attorney Lin Wood is under investigation by the Secret Service over a social media post that appeared to threaten the life of Vice President Mike Pence, Fox News reported Sunday.

In the emotionally charged days leading up to Wednesday’s Electoral College certification by Congress, Wood had posted about executing Pence.

“Pence will be in jail awaiting trial for treason. He will face execution by firing squad. He is a coward & will sing like a bird & confess ALL,” the Georgia attorney and purported supporter of President Donald Trump said in a Jan. 1 tweet.

His incendiary comments continued and took on added weight when rioters stormed the U.S. Capitol on Wednesday.

In a tweet that morning accompanied by an image that said “1776 Again,” Wood declared, “The time has come Patriots. This is our time. Time to take back our country. Time to fight for our freedom. Pledge your lives, your fortunes, & your sacred honor. There will not be another chance. Speak TRUTH. Be FEARLESS. Almighty God is with you. TODAY IS OUR DAY.”